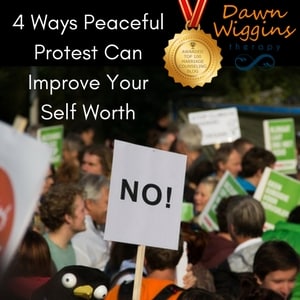 I am very conscious that standing up or standing out in protest is often dangerous and scary. There seems to be more evidence than ever.

This week we have watched the death of Heather Heyer in Charlottesville, VA. She took a stand and died. We have seen Google and GoDaddy refuse to host the alt-right neo Nazi site Daily Stormer.

These tech companies took a stand at the risk of violating the constitutional right to free speech.

We have seen the President of the United States retweet a violent image of a Trump Train running over a CNN Reporter. A handful of CEOs on the presidents manufacturing council resigned in response to The President’s handling of protests. They took a stand and The President accused them of grandstanding.

There are days it seems like we are inundated with information about violence and destruction. Often times the violence we see or hear about is driven by hate.

Hatred and intolerance drive people to take actions that cause fear and pain.

Whether it is domestic violence, terrorism or street crime, your most powerful choices involve managing your fear response. Watch my video below to learn more about how you can cope with fear and violence or scroll down to read more about how standing up in peace changes the world and creates more self worth!

Creating More Self Worth: How Standing Up in Peace Changes the World

These events and images are brutal, painful and full of human sacrifice. Our country is vibrating with the intensity of violent protest. This is symptomatic of longstanding racial bias and hatred. We are, of course, not alone. You will not find a corner of the world empty of hatred or violence.

And in this country, our country, we are lacking the collective willingness needed.

Willingness to demonstrate empathy or peaceful protest on a large enough scale to shift the needle.

“Liberty and democracy become unholy when their hands are dyed red with innocent blood.”
― Mahatma Gandhi

Independence Comes With A Price

In related news, India is celebrating 70 years of independence from the oppression of Great Britain. Justin Rowlatt, a British news reporter, currently in Delhi is reporting on the event. There is a special and beautiful twist to this telling of India’s Independence.

Rowlatt’s great grandfather was Sir Sidney Rowlatt. Sir Rowlatt headed the controversial Rowlatt Committee to evaluate terrorism and seditious movements in British India. His role led to the passage of the Rowlatt Act which ignited protests leading directly to the Jallianwala Bagh massacre. The originally peaceful protest; now known as the Amritsar massacre, ended in the brutal slaying of hundreds of innocent Indians. These events have been cited as major factors in the Indian independence movement.

Justin Rowlatt visited the garden where the massacre occurred. While visiting, he met with the grandson of Mahatma Ghandi. During an NPR interview, a tearful Rowlatt shares the response he received from Ghandi’s grandson:

“You obviously feel shame and therefore I feel no anger towards you”.

This seems such a striking contrast to how some in the US are responding to historical oppression and violence.

Will we, will you, peacefully and empathetically rise up?

Does Peaceful Protest Benefit You?

From a emotional, behavioral and mental health perspective, peaceful protest is highly beneficial.

There are four significant ways protest can improve your self worth.

Protesting can create a domino effect of negative consequences, however that does not have to be the case. As an authority on relationships, self worth and mental health, I want to teach you the benefits of peaceful protest.

“Nonviolence is a weapon of the strong.”
― Mahatma Gandhi, The Words of Gandhi

4 Important Ways to Improve Your Self Worth 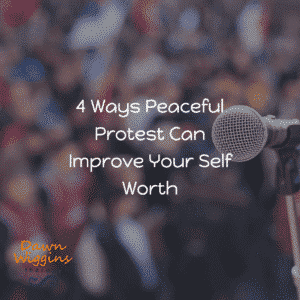 #1: Protest is a form of boundary setting.

Boundaries are not meant to control others.

They are a way for me to communicate what’s OK and what’s not OK (for me).

Brene Brown’s research has shown that people who are “boundaried” are more loving. By using boundaries, we are communicating our needs and wants very clearly and directly.

In a peaceful protest, we are witness to boundary setting in a powerful way.

Way #2: Peaceful Protest is a Form of Empowerment.

Victims tend to complain about a problem but do not execute a solution.

They also feel bitter and resentful.

I recognize some protesters are complaining, resentful and in some cases dangerous.

In the big picture, the act of protest creates a shift from helpless and angry to engaged and hopeful.

“I would not look upon anger as something foreign to me that I have to fight… I have to deal with my anger with care, with love, with tenderness, with nonviolence.”
― Thich Nhat Hanh, Being Peace 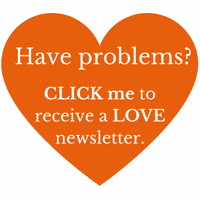 If you want a child to learn something, just practice the behavior in front of them.

I have a toddler and she mimics just about everything we do.

It is important to learn

Peaceful protest models each of these valuable lessons. 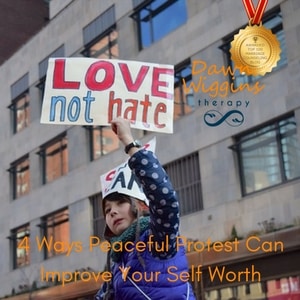 Having courage to disagree is a significant sign of self worth.

When protest involves hate, judgement and fear, it destroys any potential benefit and perpetuates a cycle of disrespect. Peaceful protest cannot be effective if it is rooted in negativity.

Each day I strive to be more of a positive influence than a negative one.

I also believe that regardless of the circumstances in life, I am responsible for my thoughts, actions and feelings.

If you want to get even more out of your relationships, learn about how we can work together by giving me a call at (561) 221-5575 or schedule your on the house consultation now!

To learn more about healing your pain with love,
be sure to sign up for my weekly love newsletter!

Do-It-Yourself Essential Elements of How to Be Happy Checklist.

In it you will discover exactly which things you need to change if you want to feel happier and attract more loving relationships.
Check it out and subscribe below! 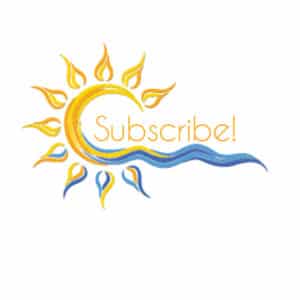