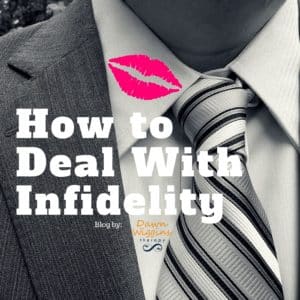 How to deal with infidelity in a marriage?
She had an affair. The husband called me desperate for help saving his marriage. They have children together.
He didn't want to tear up his family. He felt completely out of control, grief-stricken and didn't know what to believe.
She swore it wasn't physical, but he just couldn't accept that idea.

How to Deal with Infidelity in a Relationship When You Feel Scared, Overwhelmed and Judged

We spoke on the phone for quite a while. I knew he was scared and overwhelmed. I scheduled their initial couples counseling appointment and assured him there was a solution.

When the married couple arrived, I could feel the tension. The wife was not happy about the fact that I was a woman of a similar age. She felt uneasy and insecure.
I acknowledged her discomfort and invited her to be open with me about her feelings.
She admitted her fear of being judged. She revealed feelings of jealousy towards women she deemed attractive or smart.  She felt I fell into that camp and it made her uncomfortable.
Strangely I could see her tension ease with the admission. Sharing this tightly held secret helped her unfold & soften, even if just slightly.

What the Story Behind Infidelity in a Marriage?

I asked them to share their story with me, and as the couple described their marriage, life, and family, I could hear their desire to 'fix' it.
NO matter how painful it was, they couldn't bear the idea of divorcing.
Yet, the husband couldn't reconcile the idea of staying together.
Infidelity was the ultimate betrayal, and he felt dumb for wanting to work on it.

These were only the tip of his Titanic-sized iceberg of questioning demands.

Infidelity Comes with Mistrust ... Mistrust is Reinforced With Spying

You see, he had downloaded all of the text messages between his wife and her lover.

He was torturing himself by reading and rereading the intimate communications his wife had with another man adding fuel to an already raging fire.

Why Did You Cheat on Me? She Had No Answers.

The crux of it all was that she didn't have specific answers.
Not the ones he wanted anyway. She was genuinely unsure of how she got here. To make matters worse, when she did respond, he wasn't satisfied or accepting. Because the trust was gone.

This couple was in a crisis tailspin. Their intense fear and anger were spilling out all over the place. The children were becoming affected. Yelling could be heard at all hours, waking the children, adding gasoline to the sense of panicked fire in the house.
Things they were currently using to cope: drinking, fighting, controlling, investigating, defending, blaming and endlessly analyzing.
Poison. All of it. And they both felt helpless to stop themselves.

How to Deal with Infidelity in a Marriage: Here Are the Things You Need to Do

In English: Talk to someone (enter, me) meditate (I suggested a local couple's yoga or meditation workshop), dump out the booze, take the kids to a movie, together. Perhaps even instill a weekly family dinner barring electronics. And for homework assignments: a self-made book club where the 3 of us read the same book, reflect and share in sessions. The plate of 'to do's I assigned was not going to come overnight. They needed relatable, actionable items that involved shifting their lifestyle and feasible real-world changes. This would be the path to uncovering the root of their problems.

Before I sent them on their way I gave them something to ponder. I normalized infidelity.
WHAT?! Normalize it?! YES.
I can practically hear you all saying: "but cheating is NOT ok!"

You want it to be wrong, evil and unacceptable.
Those sensations are a natural reaction to protect yourself from the pain.
The reality is: infidelity has existed since the beginning of time. Healing can only happen when we begin to accept this truth and develop a deeper understanding.
[bctt tweet="Coping with Infidelity: Drinking, fighting, controlling, investigating, blaming, analyzing."]
Esther Perel does a beautiful job of sharing her professional findings of infidelity. You can watch her TedTalk here.

How Can You Save Your Marriage?

For this couple to save their marriage, they had to become willing to stop the relationship blame-game and work together. They needed to explore their underlying struggles and desires.
This type of introspection and problem solving cannot take place in a hostile environment.
I needed them to move from their 'Low Lizard Brain' (survival, fight or flight) to their 'Top Brain' (executive functioning and higher reason).

To make this shift with each other, they each needed to feel:

1. The threat had passed
2. Understood
3. Valued as a person
Individual healing can happen with or without these things. But healing a marriage cannot occur unless these elements are present in a real and authentic way.
I needed to get clarification from the wife about the status of her affair.

Was it really over?

For most, it is difficult to let go of the affair. The lover represents something powerful and giving it up can feel impossible.

Truth-telling is brave and eradicates shame.

Through our marriage counseling work together, my clients were able to identify underlying issues that led to this crisis.
Both husband and wife had independent struggles from childhood which had never properly mended. They both wrestled with deeply rooted insecurities they felt unsuited to resolve. They also revealed that the early days of their relationship were fraught with doubt and mistrust - all deadly connection killers.

How to Deal with Infidelity in a Marriage: The Husband's and Wife's Outcomes

So, the outcome you ask?

The 'unfaithful' wife embraced the process and recommendations. She struggled at first.

The 'victimized' husband dropped out of therapy. He continued to blame his wife and encouraged his children to do the same. He avoided his issues and remains tormented by his pain.
This example is the difference between personal healing and healing a marriage.
Which journey are you willing to embark on?
Do you want to find out how to deal with infidelity in your marriage? I'm only an email or phone call away.