If you’re like most people, failure doesn’t make it onto your ‘to do’ list, and you prefer to avoid it at all costs. As a maven of all things relationships, I thought you might appreciate my perspective from over a decade of work with struggling couples. Whether you are looking to divorce-proof your marriage or validate your fear that ‘its over.’ Here are the top signs of a failed marriage according to this Licensed Marriage and Family Therapist.

#1 Head In The Sand Approach.

Avoided problem solving for too long: Maybe you knew there were problems before you got married. Perhaps you hoped you would grow out of them or that you could wish them away. Or it was a trickle over time which left unaddressed became a stream and then a flood. Either way, you opted to work around them rather than address them with concrete, workable solutions. With each piled up problem, closeness and connection eroded. Eventually, all that is left is a chasm of overwhelm and hopelessness. In this case, not only the innumerable problems but chronic avoidance are the contributors to the failed marriage.

Infidelity (Without honesty or responsibility): Affairs happen. And marriages victim to infidelity can recover. Of course, it takes a lot of work and commitment to healing from this level of betrayal. But the marriages that fail do so because the cheater isn’t willing to get honest or take responsibility for their behavior. Cheating (like anything) exists on a spectrum. Some folks are serial cheaters and can’t get a handle on it. Those folks likely suffer from deep emotional and psychic wounds which they pacify through the continued pursuit of extramarital affairs.  Other infidelities are circumstantial and a symptom of relationship or personal problems which are easier to resolve. However, unless both partners dig deep to own their part 100%, rebuild trust, and cultivate forgiveness,  the whole thing is doomed and a clear sign of a failed marriage.

#3 It Made Sense to Stay Together

Good idea on paper: “It just seemed like the thing to do.” Or, “I was running out of options.” And this gem, “I invested so much time I didn’t want it to be for nothing.” These are all confessions from miserable partners struggling with the heavy weight of regret. I’ve heard men express that they felt obligated to take the next step. Or, that they felt more successful in life with a partner at home supporting them behind the scenes. I’ve heard women express a need to escape a lousy set of circumstances; typically financial or familial. And I’ve also watched women fret over their biological clock and settle for a good enough sperm donor. These reasons arguably had their benefits at the time, but in the long run, lead to painful marital endings. Dispassionate or reluctant coupling is one of the very avoidable top reasons for a failed marriage. Just because it looks good on paper doesn’t mean it works in practical application.

#4 He Asked Me to Marry Him on Our Second Date … It Was So Romantic!

Didn’t do your homework: If you don’t learn the material, you don’t pass the test. And boy marriage is a complex test (whew).  Of course, you can’t study for every known scenario. But making a lifelong commitment to another human is best done with mindfulness, patience and due diligence. So those who walk the aisle impulsively (cue Bruno Mars: “I think I wanna marry you”) are likely to face divorce more than once in their lives.

And part of what you need to know before you get married is about YOU! So if you get married without understanding your motives or exploring what commitment and love means to you; you are likely to get blindsided by reality. I have a client that often jokes: if they made people review divorce and child custody documents before they could obtain a marriage license, the divorce rate would be a lot lower.  And perhaps she’s right. We often avoid the discomfort of reality in exchange for a fantasy and a feeling until realizing too late that this is one of the top reasons of a failed marriage.

Untreated addiction/Mental health: Untreated addiction and mental health problems have torn apart more families in my therapy practice than I can count. I have also seen people recover; however, this tends to be the exception and not the rule. Proper treatment and ongoing support for those affected can do amazing things for a marriage, but without them, marriage is rarely safe or sustainable.

Failing is OK … If You Learn From It.

On a personal note, I don’t believe that marriage should be forever. I understand that it’s a valuable and noteworthy goal. But, we are imperfect people with imperfect paths. Not everyone knows HOW to create a sustainable marriage. And sometimes we learn through failing. I believe that it is OK. A failed marriage is not a death sentence; it’s an invitation to grow. So if you find yourself on this list of top reasons marriages fail, take comfort in the fact that healing and hope are always available to you. You may not have gotten the solution you wanted, but it may be the solution you needed.

And if you are going through a divorce or healing from a divorce, please join my private divorce recovery FB support group here. 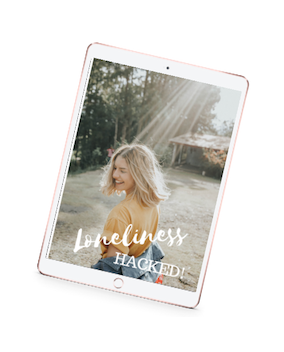 Get the free guide

If you are struggling with feelings of loneliness, this is for you! This free guide will get to the root of your loneliness and resolve it, not just distract from it. Download the guide + the meditation and start feeling relief today. And, as a bonus, you will also receive weekly inspiration and tips for improving your life and relationships. Let's get started!